cuts could be bigger.

Johannesburg – South Africans are looking forward to some significant petrol diesel price relief in December, and current data shows that the decreases in prices could be even bigger than expected.

Around mid-November, fuel price data from the Central Energy Fund pointed to decreases in the region of R1.50 for petrol and 92 cents in the case of diesel.

However, if the current price trends continue for the coming week, motorists could enjoy a price reduction of R1.80 a litre or more, based on conservative estimates, with diesel drivers saving up to R1.40.

This is, of course, dependent on international oil prices and the rand remaining at or near current levels, but even a significant wrong-way movement in either would not be enough to prevent South Africans from enjoying significant savings at the pumps in December.

Should the aforementioned predictions hold true, those at the coast will be paying around R14.69 for 95 Unleaded petrol, with Gauteng motorists parting with around R15.05 for 93 Unleaded and R15.28 for 95. 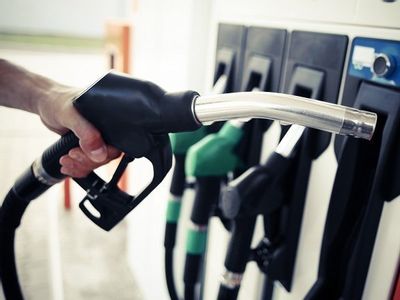 However, works on the assumption that government doesn’t ‘confiscate’ some of December’s price relief as it did in October through the recently re-introduced Slate Levy, which is meant to create a buffer for months when the price equation is negative, or in a state of ‘under-recovery’.

Earlier in the month, the Automobile Association warned that this could negatively impact the final figure for December in Petrol Prices.

Local fuel prices are currently at record highs following months of substantial increases on the back of high oil prices and a weak rand.

The projected price drops for December are mainly due to plunging international oil prices, which have dropped by over 25 per cent since hitting a four-year high of $86 in October, while the rand has also worked in our favour, starting November at around R14.60, but spending most of the month below R14.30 and even breaking below the R14 barrier in recent days.

However, it would be wise to put some of those December savings aside as OPEC members are meeting in early December to discuss possible supply cuts, and some analysts believe that this could push the price back up to $80 before the year is out.